‘How will you measure your worth, on the day of judgement? When you stand before God, what will you say about the way you lived your life?’

He pauses for effect, taking his time. One foot on a monitor at the front of the stage, nodding knowingly as he takes in every face in the crowd, every plastic cup of beer held aloft, every hand raised in devil horns. Devil horns – he doesn’t mind the contradiction one bit. He marches across the stage, as if he knows exactly where he’s going. Plants one foot on a monitor and raises his hand to clutch an invisible orb, gazing at his stiff gnarled fingers in reverence. Jaw locked in a grimace, he looks out at the crowd, face manic, hair and beard shaking. The wrinkled eyes narrow with knowledge, foreknowledge of some fundamental truth, and then he speaks. Voice rising and falling, sometimes a gentle cadence, here and there a sudden roar or a dash across the stage to point at some unsuspecting individual. I love the way he does that. Always changing up the pace. He suddenly marches to the other side of the stage, taking a Bible out of his back pocket and shaking it in the air before furiously flipping the pages. ‘Let’s go to Corinthians, verse five chapter ten: ‘For we must all appear before the judgement seat of Christ, that each one may receive the things done in the body, according to what he has done, whether good or bad.’

Corinthians is the gift that keeps on giving. We use it in pretty much every sermon. So goddamn harsh. Pardon my French. And he’s in the zone now, Bible back in his pocket, microphone back on the stand so that he can raise both arms to clutch furiously at invisible oranges in the air. I guess this part is like the breakdown or the guitar solo, as he roars the words in a breathless stream of consciousness.

‘Then I saw a great white throne and Him who sat on it, from whose face the earth and the heaven fled away. And there was found no place for them. And I saw the dead, small and great, standing before God and books were opened. And another book was opened, which is the Book of Life. And the dead were judged according to their works, by the things which were written in the books.’

The Revelation, obviously. These heavy metal crowds practically know the words by heart, they’ve heard it mined for the lyrics of so many of their favourite songs. The sermon pretty much writes itself when we go all apocalyptic on them.

Rex was born to do this. I don’t watch every sermon; I usually let Wesley do the filming so that I can man the merch stand. Poor boy can’t always handle the customers. Thank goodness he can drive otherwise he’d be a bona fide charity case. We sell t-shirts, patches, Bibles… I mean, we make more money from t-shirts than ticket sales. But once in a while, if I’m worried it’s getting too much for him, I check in on Rex’s set.  When he’s performing, that light in his eyes never goes out. He moves across the stage like he has a backing track, still has all the mannerisms from his days as a vocalist. I do worry about him though. He’s fragile. Honestly, he is.

When I was just a Sporn fan I would never have guessed that behind the roaring, painted monster was a man who was painfully shy. It’s funny, now that I’ve been on the road for so long I’ve met just about everybody in this business. It’s probably no surprise that a lot of metal guys are introverts – beta males, I guess you would call them – but it’s amazing how many of these frontmen are the shyest, most awkward of them all. You see them growling, screaming on stage, and then off stage they can barely look you in the eye. I guess that turning themselves into monsters is the only way they can get out all their emotion – must be pretty liberating for them. But pretty terrifying for them too.

So anyway when I first met Rex I figured he was just stand-offish, too big for his britches, you know. Now maybe y’all have never heard of Sporn, but within the metal scene they are gods, I mean, seriously, I’ve seen grown men cry like babies at their gigs. I was working the VIP bar at Mammoth Fest, the only thing that ever happens in our town – that’s how I got into metal, and my friend Lacey and I have been the female stalwarts of our local scene since forever. We finally paid our dues doing tickets, security, and the outlying bars, until two years ago we finally made it to the artists’ tent. And we just thought, well that’s it, we’ve made it now – but of course the novelty soon wore off and it was just hard work like usual.

So when Rex Molina of Sporn came and sat at my bar, I figured he probably had a tour bus full of groupies. Why would he be interested in a fortysomething redneck with fading tattoos and a cheap bleach job? But he stuck around, and he was a perfect gentleman. If anything he seemed… sad. I soon realised he was shy, but I didn’t realise he was suffering. I found that out later.

Before I knew it I was on the road with Sporn. I just left it all behind. Lacey was real jealous – still is. I don’t know what Rex did before I came along; I don’t know what anyone of them did. Actually I do – they got wasted. So wasted that sometimes I didn’t know how they were going to make it onto their next stage. Don’t get me wrong, I partied with them myself – I had some of the funnest times of my life on that bus. I had barely left Arkansas my whole life, and suddenly I was flying to Europe with my heroes. But I soon realised that the partying wasn’t the same for Rex. Nobody ever really thinks about how our heroes are feeling – we just assume they’re fine. I know the rest of the band blamed me. The fans blamed me. But things happen for a reason and I truly believe I was sent at that time to save him. Turns out he was saved by someone else though.

He was reaching the climax of his sermon now. These are the exact same words he said to me, when he was trying to convert me:
‘Maybe you don’t believe. But what if it was true? Hedge your bets, just for a moment, humour me. Jesus said… You gotta maximize your chances, brothers and sisters. This is not a drill. What if everything you do is being recorded, as it says in the Revelation about the Book of Life? Each of us writes this book of our own life. And we have the opportunity to repent, and get forgiveness, and wipe those bad pages away. So that in the end, we will only have to account for our good works. Jesus could be fixin’ to come back right now… y’all gotta be WATCHFUL!’

And then he got everyone chanting. ‘God is… great! God is… great! God is… great!’ People started crowd-surfing up to the stage to receive Christ. At the Christian festivals it’s usually ok, I mean, you’re preaching to the choir. But at the metal festivals like this one I get real nervous during this part. What if no-one comes up today? What if they’re drunk and they do something stupid?  Well, obviously they’re drunk. Most of these motherfuckers ain’t never been to church in their lives – I know I hadn’t. But Rex in his unshakeable belief has no fear … and it always seems to work out. At least it has so far. I know what people say about us. Shadow of his former self, sideshow, freakshow, if you can’t run with the big dogs, stay under the porch – all that. But look at this shit. People love it, even those who laugh at us. Rex always says, if just one person is inspired to look to Jesus… I mean I don’t give two hoots about Jesus, but I like the idea of inspiring people. I nearabout wasted my whole life before I met Rex. Who doesn’t want to mean something?

And there’s no denying we got fans. I post the sermons after each show – we have a few hundred subscribers and it’s growing. When I first started I had no clue what I was doing, but now I know that it’s all about the hashtags, the tags, the search engine visibility or whatever they call it. I’m a goddamn pro at this now, I mean they could hire me as a record label PR if I wasn’t already out on the road, running all over hell’s half-acre. So whether it was fate, or serendipity, something happened that night. I believe they call it synchronicity – a meaningful coincidence. One thing I know is that it wasn’t a sign from God. I’m an atheist. I know, right. The wife of Pastor Rex? But this was never about that, for me. And don’t get me wrong, Pastor Rex is closer to this God than anyone I know. That epiphany of his was real, and it’s probably the only reason he’s alive today. Apart from me, of course.

So that afternoon I loaded up the video onto the internet before we hit the road – pushing that festival wifi to its absolute limit. It was mid-upload when that purple screen thing happened, so I had to start all over again. And I thought- well I’ll be. That’s a weird coincidence. Because our sermon was just on that very topic. You Will Be Judged. So of course I added the #youwillbejudged hashtag to the others I had put – #judgement, #jesus #revelation…  who the hell knows how these things work but apparently you put as many as possible and it bumps you up the search engine.

And that was where it all began. 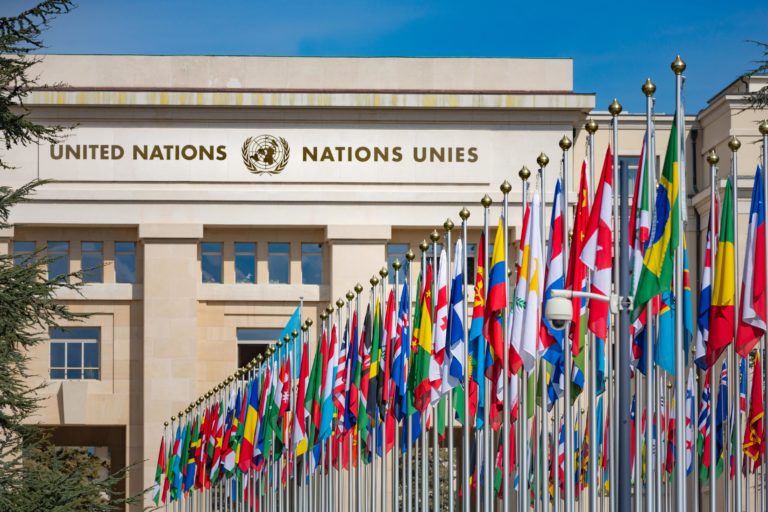 One Reply to “Chapter 2: Crystal”

Rex Brown… Who else is looking out for some Pantera, Down, or Kill Devil Hill Easter eggs?