If you like crime fiction, the chances are you have already read Chris Carter. His books have garnered him legions of fans worldwide; he’s a Sunday Times bestseller in the UK, and has sold over a million copies in Germany alone. If by chance you haven’t read Chris Carter yet, you are in for a treat, because there are ten heart-stopping thrillers waiting for you; I’m currently devouring them one by one. And it’s the perfect time to start, with his first book The Crucifix Killer which is being re-released as a special tenth anniversary edition.
The star of Chris Carter’s books is Detective Robert Hunter who, aided by his deputy Garcia, navigates the dark side of LA as he investigates serial killers whose depravity seemingly knows no bounds. These books are famous for their shockingly creative murders; the level of graphic violence is high, balanced by a slick writing style in which there’s never a word out of place.
Carter’s books are heavily influenced by his years of work as a criminal psychologist, but that’s not the only fascinating job he has done. When I discovered that he used to be a professional guitarist, in an LA glam metal band no less (as well as session work internationally), I simply had to bother him with questions about his guitars. And his writing, of course… read on for a thrilling insight into Chris’ creative process.

You said in an interview that ‘writing became part of my life more by chance than by choice.’ Your first book was The Crucifix Killer, in 2009. What came first, the idea for this specific story, or the idea to write a book?
What came first was a dream about a story, which had nothing to do with crime fiction.
The truth is that I had never planned on writing a book. I never though about a career in writing and I never spent any time thinking up stories or developing characters in my head that I would one day want to write about. My submersion into the world of books – writing books that is – came out of this dream I had back in 2007.   When I started writing The Crucifix Killer, I did not have the story in my head. Not at all. The book really developed from chapter to chapter.

Your work as a criminal psychologist has obviously had a direct impact on your books. But you have had a varied career in other fields too; how do you think your other life experiences have impacted your writing?
Everything we do has an impact our lives. What we are right now – all of us – is a consequence of the path we’ve taken. If I had stayed in Brazil, or in America, I probably wouldn’t be a writer today. When I write, I do use a lot of my own experiences, not only from the field of criminal behavior psychology, but from life in general, for example – my main character suffers from insomnia because I suffer from insomnia. He likes rock music because I like rock music, he likes single whisky because I like whisky, and so on.

How did you come up with the character of Robert Hunter? Does he share any similarities with yourself?
Hunter wasn’t really based on me per se, but as I mentioned in the previous question, he does share several similarities with me, simply because it’s easier for an author to write about what he knows. For example, in my case, it’s very easy for me to describe an insomnia episode, because I have them on a daily basis. As I was creating Hunter, it felt natural to lend him some of my traits, good and bad.

How much detail do you put into the plot before you start writing a book? Do you know exactly what is going to happen?
Absolutely no detail whatsoever. I have almost no idea of what is going to happen once I start writing a book. All of my stories are pretty organic. All I have is a “one-line plot idea” and I start writing, for example – for The Executioner, my second novel, all I had in my head for the plot was – a killer who uses his victims’ fears to kill them – that was all I had in my head when I began writing the book.
I never really know who the killer will be until usually past halfway through writing a novel. The same goes for how Hunter will figure out who the killer is and why the killer is going around killing people. The basis of my writing is – I will write one chapter and as I get to the end of that chapter I ask myself – “OK, so if this just happened in a real life investigation, what would happen next? If I were involved in this case, what would my next step be?” And that’s how the next chapter develops in my head. It can get pretty confusing at times. Actually, it gets confusing all the time, but it works for me.

The killers in your books revel not simply in killing, but in causing maximum suffering, both to their victims and their loved ones. They often resort to shockingly creative extremes in order to achieve this goal. Would you say that suffering is an overriding theme in your books?
I think that it would be very difficult, if not impossible, to talk about serial murders and loss-of-life without crossing over to the realm of suffering. Unfortunately death and suffering go hand-in-hand and since all of my novels deal with the topic of serial killers, touching on the subject of suffering simply comes with the territory.

Your latest novel is Gallery of the Dead, which sees Hunter and Garcia collaborate with the FBI. How has Hunter developed as a character over the past ten years?
Oh he has developed a hell of a lot. When I first created Hunter’s character, I had no intention of creating a series character. I didn’t even know if I could write a short story, let alone an entire series of books on a detective. With every novel I added something new to Hunter’s life story, something that was in no way planned from the beginning. In truth, I discovered Hunter just like all my readers did – book-by-book.

You have a lot of fans, who eagerly anticipate the next Robert Hunter instalment. Do you feel constrained by their expectations?
No, not really. With every novel I write, I do the very best I possibly can. I completely throw myself into the plot and I live and breathe that story for the duration of the writing process. I do understand that no matter what I do, I can’t please everyone. No one can, but I do rest easy on the knowledge that I have given the best I could have given while writing each and every story I’ve written. For that reason, I never feel constrained by anyone’s expectations, except my own. I have been known for throwing away over 50,000 words and starting everything again because I didn’t think the story I was creating was good enough.

Do you think your writing style has changed at all since your first book?
Yes, of course it has. As I’ve said, I’ve never even written a short story before writing my first novel. I really had no idea of what I was doing – most of the time I think I still don’t – but I know for a fact that with every novel I write, I learn a little more about the “novel writing process”. As a consequence, I like to think that my writing style has improved at least a little.

Do you enjoy the publicity and marketing aspects of being a writer?
Yes, I do. I really enjoy the book tours and I love meeting readers and listening to their opinions and feedback. It’s a very humbling experience.

Do you read your reviews?
No. Never.

Do you still have time to play the guitar? If so, what type of guitars and equipment do you use? (apologies for my guitar nerd question)
I don’t play professionally anymore. I used to be endorsed first by Dean Guitars, then Jackson Guitars and finally by Peavy. I used to have quite a great guitar collection and my amp of choice was a Peavy 5150 EVH double cab stack – first generation. Unfortunately, I went through a very bad phase in my life where I became destitute and was forced to sell almost everything I had. I managed to keep only two guitars, as I didn’t have the hear to sell them – a USA Peavy Wolfgang and a Custom made Dean USA that carries the Brazilian flag.

Do you ever write songs?
I used to. A lot. I used to be the main songwriter in most of the bands I played, but I don’t write them anymore.

Your books would make incredible movies or a TV series. Which actor would play Robert Hunter? And Garcia?
I’ve been asked that question several times, and while no big movie or TV Company has approached my agent with a proposal, I still live in hope. For that reason, but mainly not to jinx the hope, I really have never properly thought about it.

Thank you so much Chris Carter! It’s a privilege to have such an acclaimed author on this site, and to learn about how you approach the writing process. Gallery Of The Dead is out now; here you can find Chris’s Amazon page, his author website and Facebook page: 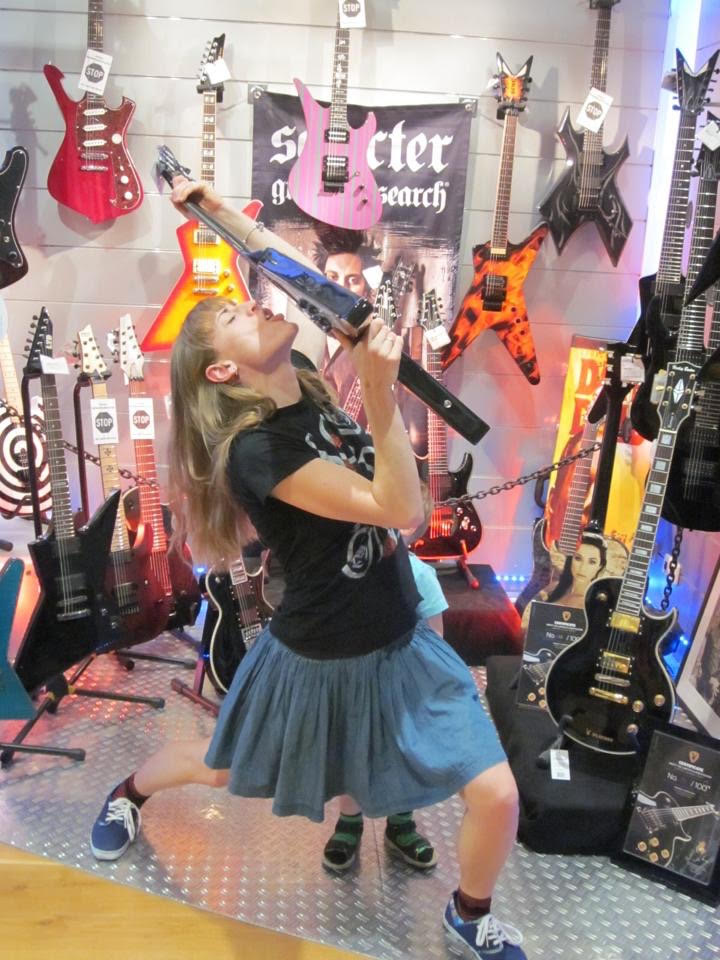 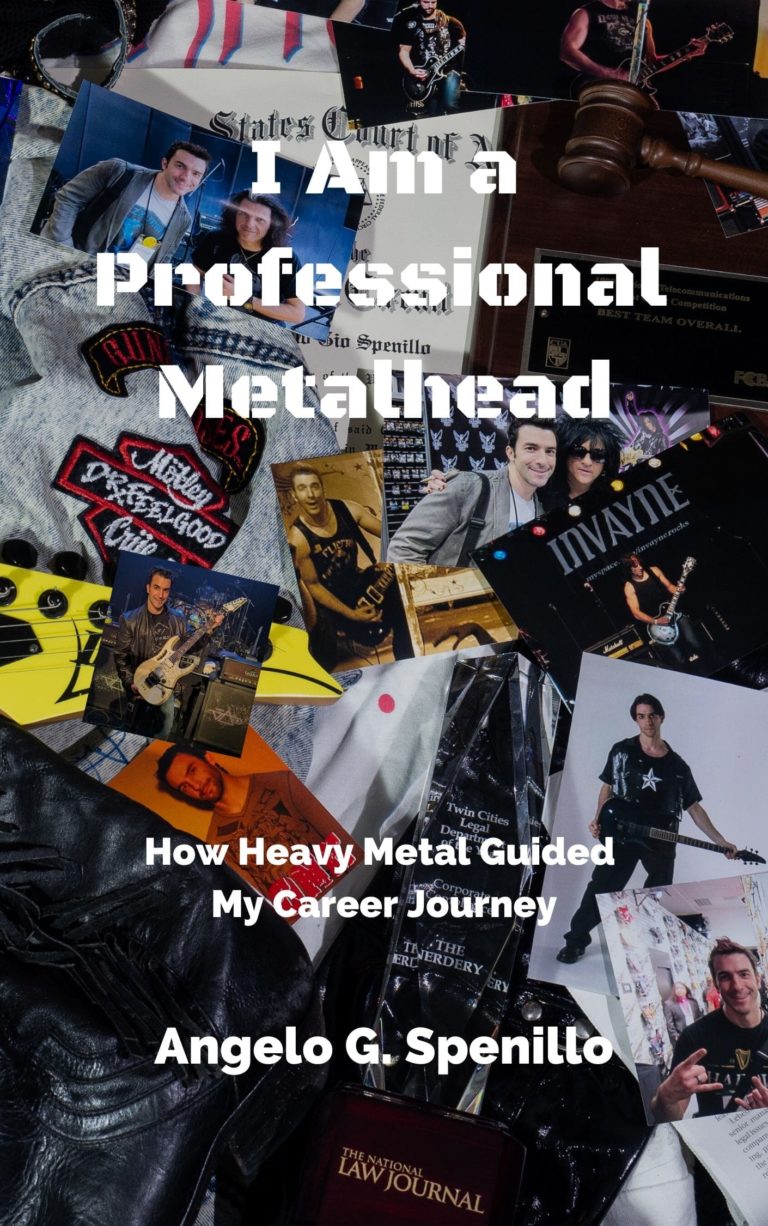 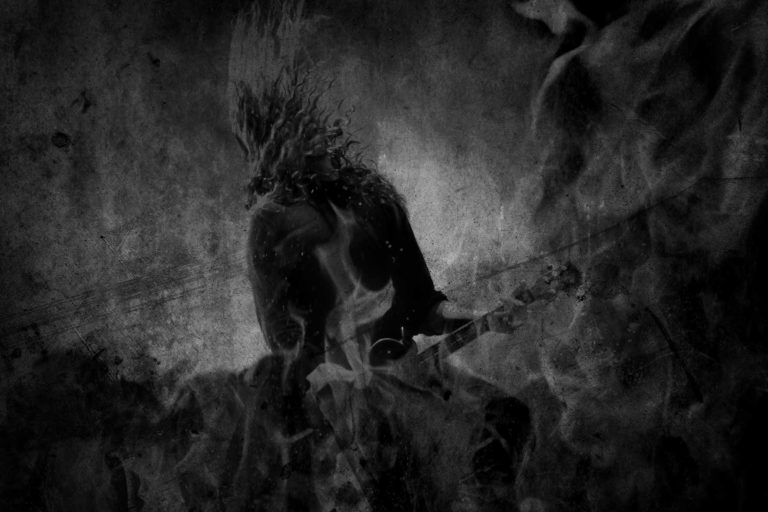