Most crime fiction writers and readers would say that plot and character are more important than setting; that location is secondary, and descriptive passages distract from the action. While there may be some truth in that, it’s also true that crime novels succeed or fail based on their atmosphere, and there’s no atmosphere without setting. When the plot is ever-twisting, you never know which characters are going to make it alive, and the detective protagonist is often brooding and mysterious, his or her character developed slowly over several novels, the reader needs a place where they can anchor themselves. Furthermore, location is often essential in propelling the action forward. Think of Agatha Christie’s country estates, claustrophobic train carriages and holiday islands.
Location is so important that it has created its own subgenres of crime fiction -Tartan Noir (Val McDermid, Ian Rankin), Nordic Noir (Jo Nesbo, Stieg Larsson and many others); plus many crime writers are synonymous with their novels’ home territories – Colin Dexter (Oxford), Dennis Lehane (Boston) – the list is endless.

I grew up in Liverpool, and I spent a large part of my childhood on Crosby Beach; cycling along the promenade from the Seaforth Docks to Hall Road, tramping up and down the dunes towards High Town, thinking up never-to-be-written stories. So it was perhaps inevitable that my first novel would begin – with a murder of course – on Crosby Beach. And once I began, I realized what a gift my home city is to the crime writer. With its rich (and sometimes dark) history, unique culture and varied architecture, Liverpool is a city bursting with character, so much so that it becomes almost a character in itself in my book.
I also realized that I was by no means the only crime writer with the same idea. I discovered more than a handful of writers publishing crime novels in, and about, my beloved city, and I have been devouring them ever since.

But it’s a surprisingly recent trend. It’s only in the last two decades, and particularly the last five years, that Liverpool crime fiction has sprouted. Maybe it’s something to do with the city’s new-found confidence and cultural regeneration since its selection as 2008 European Capital of Culture. Maybe publishers are tapping into the new northern gothic trend in UK fiction. There’s also a great network of independent bookshops (Write Blend in Waterloo and News From Nowhere have been very supportive in stocking my books), local literary festivals, and creative writing programmes at the universities. Liverpool Hope University even has a combined degree in Creative Writing and Criminology. Liverpudlian wit, the myriad sandstone tunnels under the city, the beach, the docks, universities, football, clubland, the criminal underworld, the gap between glamour and deprivation; all these tropes make regular appearances in Liverpool crime fiction. Are there enough signifiers to call a new subgenre of scouse noir? Perhaps not yet – the authors below run the gamut from psychological thriller to police procedural to historical mystery. But there is certainly a new wave of dark fiction from Liverpool – and here it is; a guide to the scouse writers publishing Mersey mysteries about the city that we love.

Click on the authors’ names to find their websites and purchase links.

Lynda La Plante
A grande dame of crime fiction, Lynda La Plante CBE was born in Liverpool and began her career as an actress before turning her hand to novels and screenwriting. With Prime Suspect and Widows, as well as several US television series and movies, it’s impossible to overstate her success and influence. All Lynda La Plante’s novels have been international bestsellers, and the fifth Jane Tennison novel, The Dirty Dozen, will be out in paperback on 20 August. I can’t wait.

Ashley Dyer
Ashley Dyer is the pseudonym for Liverpool novelist Margaret Murphy working in consultation with policing and forensics expert Helen Pepper. Margaret Murphy is an award-winning author of nine crime novels under her own name, as well as a trilogy of forensic thrillers under the name A.D. Garrett. She is also the founder of Murder Squad, a former chair of the Crime Writers’ Association, and the patron of Smithdown Litfest, south Liverpool’s upcoming literary festival.
After reading Splinter In The Blood, I asked Ashley Dyer, aka Margaret, her thoughts on Liverpool crime fiction:

“Historically, there’s always been a bias in favour of London-based crime fiction. It’s understandable: agents and publishers looking to sell authors’ works overseas have an easy ‘sell’ with the capital city as a tagline in sales pitches. One early crime novel set in Liverpool, but oft-forgotten, is Neville Smith’s Gumshoe. The film starring Albert Finney is much better known, but the novella, published in 1971, is well worth a look. During the late 1990s and early 2000s, writing as Margaret Murphy, I set four novels in Liverpool, but I got the feeling my publishers would have liked a more ‘cosmopolitan’ (London) setting. It wasn’t until the explosion of Scandi Noir over the past ten-to-fifteen years that attitudes really started to shift. Remote settings and communities on the edge became fashionable, and old shipping cities like Liverpool became less ‘provincial’ in the eyes of publishers and more darkly interesting. In the UK, authors like Ann Cleeves in NE England, and Elly Griffiths and William Shaw in the south—not forgetting the Tartan Noir phenomenon in Scotland—have given this change in stance a massive boost, proving that it is possible to write edgy, suspenseful, and (crucially) highly successful novels set in windswept, coastal out-of-the-way places, or in northern towns, fighting for a new identity out of depressed times, or in lonely sparsely inhabited islands—places that, while they undeniably aren’t London, have a character and fascination that transcends the metropolis vibe.”

David Jackson
One of the big names in Liverpool crime fiction, David Jackson doesn’t only write about his birth city – he also has a successful series of books set in New York – but his DS Nathan Cody series (A Tapping At My Door, Hope To Die, Don’t Make A Sound) brilliantly evokes the Liverpool mood and weaves in well-known local stories and locations. The jaw-dropping climax of A Tapping At My Door makes spectacular use of one of Liverpool’s most famous landmarks.

Luca Veste
Luca Veste is very active on the UK literary scene, co-hosting (with Steve Cavanagh) the weekly podcast ‘Two Crime Writers And A Microphone’. He also plays bass in the band Fun Lovin’ Crime Writers, which makes him totally awesome in my book. Luca studied psychology and criminology at the University of Liverpool, and his academic background shows in his gripping Murphy and Rossi books which cleverly blend psychological thriller and police procedural. With a dash of scouse humour to bring the city to life.

Kevin Sampson
A well-known figure on the Liverpool music as well as literary scene, Kevin Sampson began his writing career at NME and The Face magazines, before managing successful Liverpool band The Farm. He also wrote several novels about his experiences in the music business, and his books and screenplays have been adapted for film and television. He turned his hand to crime writing in 2013 with The Killing Pool, featuring Liverpool-based DCI Billy McCartney. A second in this series appeared the following year with The House On The Hill.

Mark Roberts
Born and raised in Liverpool, teacher Mark Roberts is also an award-winning playwright and a CWA Gold Dagger nominee. His DCI Eve Clay series is set on the streets of Liverpool. Says Mark: “The Williamson Tunnels, the cathedrals, the rich architecture, the past the present the future, the people, the river, the landscape with its private and public spaces … I could go on for years… Liverpool is a unique and beautiful place and lends itself readily to the exposure of the dark side of human nature.”

Conrad Jones
Conrad Jones was working as a manager in a Warrington shopping centre branch of McDonalds when an IRA bomb exploded in 1993. This traumatic experience inspired a fascination with extremism which he explores his books. A hugely popular author, he has written many novels set in and around Liverpool, and can be found signing books at the Albert Dock on 7th September.

Mary Torjussen
With a Masters’ degree in Creative Writing from Liverpool John Moores University, Mary Torjussen lives on the Wirral and writes unputdownable psychological thrillers. I practically read Gone Without A Trace in one sitting, and the twist left me kicking myself at all the clues I had missed! Although Mary makes the point that location isn’t always everything. “My books are set locally but to be honest they could be set anywhere. Caz Finlay’s are much more firmly base in Liverpool, just as Luca Veste’s are. I think Amanda Brooke uses the city really well in her writing. I’m tempted to set the next one in Liverpool actually. I’m in Wallasey and I love it here at the tip of the peninsula. In Liverpool we have the beaches and the city and the nightlife and fantastic countryside too – it’s a great place to live, I think – something for everyone.”

Caz Finlay
Liverpool mum and senior probation officer Caz Finlay’s debut novel The Boss has firmly established her as a name to watch. The character of Grace Sumner, as an unlikely criminal mastermind and gangland boss, is brilliantly drawn. The Boss e-book was released in June and has already received rave reviews, with the paperback due on 22 August.

Amanda Brooke
Amanda Brooke’s first novel, Yesterday’s Sun, was published in 2012 and was selected for the Richard and Judy Books Clubs list. Since then she has gone on to write several successful books including her latest, psychological thriller Don’t Turn Around.

Ann Cleeves
One of the leading lights of UK crime fiction, best known for her non-Liverpool Vera Stanhope and Shetland series, both of which have been televised, Cleeves trained as a probation officer in Liverpool, and her first book, Come Death and High Water, was based on the Wirral’s Hilbre Island, where she lived for four years. Ann Cleeves will be opening this year’s Smithdown Litfest (see below for details).

Kate Ellis
Born in Liverpool, Kate Ellis has sold over three-quarters of a million books and is another member of Murder Squad. Her Devon detective Wesley Peterson is teamed with his scouse boss Gerry Heffernan, giving a Liverpool edge to this series. Kate Ellis has a particular interest in medieval history and archaeology, and one of her fascinating historical novels, The Devil’s Priest, is set in C16th Liverpool.

Martin Edwards
Liverpool solicitor Martin Edwards is chair of the Crime Writers’ Association and President of the Detection Club, as well as a member of Murder Squad. He has written many books, and his hugely popular eight-book Harry Devlin series is set in Liverpool.

On 22 August, Mary Torjussen, Caz Finlay and Amanda Brooke will be hosting a Female Crime Writers’ Evening at Waterstones Liverpool, to celebrate the launch of The Boss; details HERE

Smithdown Litfest takes place in south Liverpool this September, and will be opened by author Ann Cleeves. For details: CLICK HERE 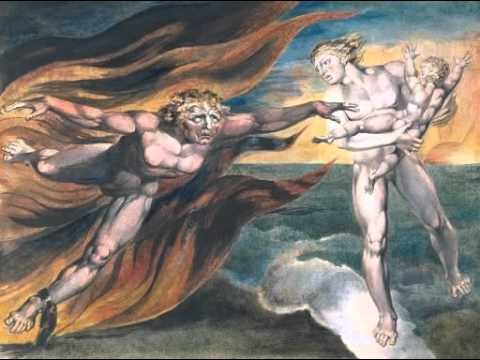