It’s nearly impossible for me to narrow down the songs that have influenced my writing to a bite-sized list!  Music has always been a big part of my life, from listening to albums with my mom and growing up going to live shows, to having kids who play professionally and going to many music festivals with them.  Huge thanks to Catherine for having me on her blog today!  I loved the idea of sharing the way music has impacted not only my life, but ALL of my books.
Each of my books could certainly have their own playlists – especially as my main characters are almost all musicians, and there are mentions of bands and songs throughout.  But I thought it might be more fun to share with you which songs most influenced each of my books.
Click on the links to hear the songs 🙂

The Guilt of a Sparrow
The Sparrow and the Medicine, by The Tallest Man on Earth
I knew my first book would be about unwarranted feelings of guilt, a co-dependent mother/daughter relationship, and overcoming the labels placed on us from our childhood.  Magnolia is the surviving child after her brother’s death, and feels guilty for being alive, for having wants, and for needing her mother to see her as more than simply the “good girl” she was always told to be.
I am fabulously in love with The Tallest Man on Earth, and this song played on repeat as I wrote Magnolia’s story.  The first chorus, he sings, “I don’t want your medicine and I don’t need no sparrow in my heart.”  But the next time through, the story has evolved, and it goes, “I want to be that medicine; I want to feed the sparrow in your heart.”
With him, it’s as much about the delivery as the words, as he has a way of making you feel each word he sings.  As I wrote the book, it was like I was trying to take what I felt in this song and put it into my own story.

Fierce Grace
Gap to Gap, by Cane Mill Road
This musical reference is by the far the most personal.  I wrote this band right into the book!  I know these guys, they’ve been good friends and mentors to my kids growing up in the bluegrass community, and when I wrote a scene with a live band, it was a no brainer to include them.  (The line up of the band has changed over the last couple years, so the description you get in the book is no longer accurate, although the music is just as amazing).  As for the book, Annabelle grew up going to fiddle conventions, and her father was well known in the bluegrass community, which was one more reason to bring in a band from my real life experiences.  She has since been estranged from her father, but still plays music, and is the new music teacher at the local elementary school.

The Worth of a Penny
In the Blue Room, by Alan Bibey
The back story to this one is that my son plays mandolin, and when I wrote this book with a main character who plays mandolin, I drew heavily on my son’s influences.  His favorite mandolin player is Alan Bibey, and I’ve had the pleasure to meet him and can tell you he’s a wonderfully generous person as well as one of the best mandolin players of our time.  I don’t remember which songs I mention in particular in this book, but I tried to throw in as many fiddle tunes* as possible (without distracting from the story or course, haha).
*Fiddle tunes are instrumental songs, played not only by the fiddle, but originating from old folk dance songs played on the fiddle.
This is my sweetest book, although it deals with some serious topics!  Penny is a quirky young lady, ready to put her past behind her (despite it showing up and being a big jerk), and determined to live her best life.

Saving Grace
The Book of Love, by The Magnetic Fields
This book is about making big mistakes, punishing yourself, finding forgiveness (especially from within), and falling in love.  Lola has done something she regrets, and to punish herself – and protect others – she’s isolated herself, living alone, and hardly seeing her old friends.  Lola plays Dobro, and used to be involved with the weekly bluegrass jams in town.  I could have chosen something featuring Jerry Douglas, Andy Hall, or Rob Ickes (all Dobro players I adore), but for this book, it was more about wallowing in sad songs than about the instrument she played!  I specifically wrote out a scene in which Lola hears this song, saying “The book of love is long and boring …” in her head.

The Chapel
Cabin Song, by Fireside Collective.
This book is about renovating an old church into a music venue!!  I wrote this whole book based on a daydream of ours to do this very thing!  It’s a frenemies-to-lovers story with a trip to Nashville (hello, Ryman Theater), and lots of good music.  One of the bands they mention wanting to book to play at their new venue is Fireside Collective.  They’re a favorite of ours (and no, I don’t know them personally – although my husband has set in on a practice, and even helped run sound at one of their shows), but I have seen them perform and love their sound!  I think they’re a really good example of music from North Carolina, and of the direction bluegrass music is going.

The Heart of a Peach
Fraulein, by Colter Wall (featuring Tyler Childers)
This is my most recent book, and it was fueled by the lonesome, troubadour vocals of Colter Wall (and also often Tyler Childers).  This book is about looking past appearances (even your own), following your heart, and finding your place in the world.  Olivia is drowning in her efforts to be the perfect lady her parents have imagined.  Denver is lonely, tired of being looked at (as a childhood fiddle prodigy and touring musician), and longing for more.  They really bring out the best in each other as they come together.

About my books:
The Fox River Romance novels combine Jess’ interests in family, music, and small towns into thoughtful tales of growing up and falling in love. These books can be read as stand-alone, or as a series starting with The Guilt of a Sparrow.

About me:
Jess B. Moore is a writer of love stories. When she’s not writing, she’s busy mothering her talented and stubborn children, reading obscene numbers of books, and knitting scarves she’ll likely never finish.
Jess lives in small town North Carolina with her bluegrass obsessed family. She takes too many pictures of her cats, thinking the Internet loves them as much as she does. She is a firm believer of swapping stories over coffee or wine, and that there should always be dark chocolate involved. 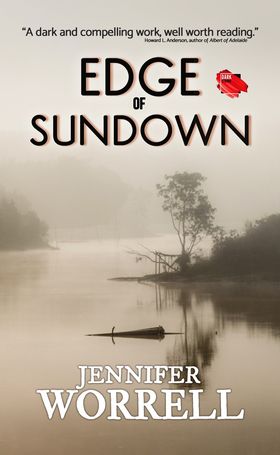